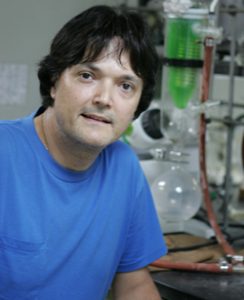 Research
Beyond possibly unraveling some of nature’s ecological mysteries, scientists agree that chemicals found in sea species offer hope of finding new ways to treat cancer, heart disease, AIDS and other scourges of society. More than ten years ago, we launched an ambitious program to collect and screen compounds from marine organisms that might show selective activity against certain types of human tumors. Early efforts to find active substances in ocean dwellers have yielded drugs with anti-viral activity, designed from unusual segments of DNA first found in a marine sponge in 1951.

Despite this encouraging early success, technical obstacles had until recently dampened optimism among researchers. Over the last few years, advances in methods to detect and separate complex chemicals have led to increased sophistication in the science and generated solid evidence that there will indeed be marine pharmaceuticals. Moreover, discoveries of powerful new types of chemicals in marine organisms have spurred greater cooperation among different scientific disciplines, as well as between academic researchers and the pharmaceutical industry.

Our project constitutes a unique effort to collect marine invertebrates (sponges, coelenterates, mollusks and tunicates) from the shallow and deep waters around Puerto Rico and its neighboring islands and to screen, isolate and determine the structure of new natural products from these organisms. Maximum efficiency and economy is achieved by combining field collection and pharmacological screening. Promising bioactive compounds are sent to research laboratories in the United States for advanced testing as potential pharmaceutials. Major activities include the collection of marine animals to be studied from all the highly productive marine areas of Puerto Rico and its neighboring islands.

In general; the active extracts will be fractionated using standard analytical and preparative separation techniques such as chromatography (GC, HPLC, TLC, CC) and recrystallization. Once the active principals are isolated, their structures will be determined by spectral methods (1H-NMR, 13C-NMR, MS, IR, UV), chemical degradation and correlation methods and total synthesis when needed.